Now when the Sabbath was past, Mary Magdalene, Mary the mother of James, and Salome bought spices, that they might come and anoint Him. Very early in the morning, on the first day of the week, they came to the tomb when the sun had risen. And they said among themselves, “Who will roll away the stone from the door of the tomb for us?” But when they looked up, they saw that the stone had been rolled away—for it was very large. And entering the tomb, they saw a young man clothed in a long white robe sitting on the right side; and they were alarmed.

But he said to them, “Do not be alarmed. You seek Jesus of Nazareth, who was crucified. He is risen! He is not here. See the place where they laid Him. But go, tell His disciples—and Peter—that He is going before you into Galilee; there you will see Him, as He said to you.”

So they went out quickly and fled from the tomb, for they trembled and were amazed. And they said nothing to anyone, for they were afraid.

We all need encouragement and inspiration in times like these and Richard Wurmbrand is just one of many of God’s people, who throughout the ages, have been inspired by God to encourage us in difficult times (see Hebrews 11).

Richard Wurmbrand, born to a Romanian-Jewish family, was converted to Christ at the age of twenty-nine. He later became an evangelical Lutheran pastor in his homeland. During WW2 the Nazis overran Romania, and, despite his Christian ministry, the Nazis arrested and imprisoned Richard because he was of Jewish descent. He was later released by the Russians when they “liberated” Romania from Nazi rule. However, it was not long before Richard was arrested by the new Communist authorities in Romania because he was a Christian. He spent fourteen years in prison in total, including periods of torture and three years in solitary confinement – simply because he was a Christian who refused to deny Christ.
One of the most inspiring periods of his years in prison came out of a time Richard spent confined to the prison hospital wing after he contracted T.B. The “hospital wing” so-called, was in fact no more than an isolation wing where seriously ill prisoners were sent to die and no one was expected to come out alive. Richard’s Christian witness in that dreadful place changed the atmosphere and brought peace to desperately ill and dying men. During his time there a sympathetic warder smuggled in a cube of sugar and by agreement among themselves, this was given to the most seriously ill man. Incredibly, that sugar cube remained unconsumed as it was passed from one dying man to another.  Seriously ill, though he was, Richard spent his time ministering to his fellow prisoners, witnessing to them out of love for Jesus. During this time he encountered one of his earlier prison torturers who had himself landed in prison for crossing a jealous “comrade”. This man was in a very weak condition but recognised Richard as one of his victims and was alarmed when Richard approached, supposing that he would now take out his revenge.

However, Richard sympathised with this man’s condition and gave him the cube of sugar that had remained at the bedside of the last man to receive it after he died. This act so moved Richard’s ex-tormentor that he was converted and died a saved man. After several months, Richard’s condition improved to the point where he was moved back to a prison cell when the sugar cube was still being passed from prisoner-to-prisoner. Richard was finally released from prison following payment of a £10,000 ransom raised by Christians in the Free West. During his years in solitary confinement, Richard maintained his sanity and relationship to the Lord by “preaching” sermons to imaginary congregations and as remarkable as it seems he was able to remember these and write them in a book titled Sermons In Solitary Confinement. I read Tortured For Christ as a relatively new convert of about two years. At that time I belonged to a church that promoted an unrealistically positive brand of Christianity that led me to suppose that the Christian life should be all “glory” and free of problems. As I read Richard Wurmbrand’s book I thought: “Lord why did you let these terrible things happen to one of Your saints?” When I came to the part where he contracted T.B. and was sent to the prison hospital I thought: “Lord, surely this man has suffered enough?” However, I then came to the part about the sugar cube that was passed from one dying man to another, and was still being passed around after Richard came out of that dreadful prison wing and I began to understand just a little of the power of God’s grace! We are not promised a primrose path in this life but Richard’s experience is an encouraging example of God’s grace to uphold and inspire during times of trial.

” For most Christians this is the greatest day in the year on which to celebrate their faith in the Lord Jesus Christ. We often use an ancient early church greeting among each other of, HE IS RISEN, HE IS RISEN INDEED. Jesus’ life, death and resurrection makes All the difference in time and eternity. Just look at the early disciples after Jesus was crucified. They were a group of frightened dispirited individuals who went into isolation and voluntary lockdown, as they feared for their lives. Days later they met with the risen Christ and went on to turn the world upside down. No threats, imprisonments or martyrdoms among their fellow believers could silence them. They were utterly assured and convinced, and so are we, that Jesus was alive and at some time in the future would return to reign on earth.

How about you? With respect to Jesus Christ, and the issues of time and eternity, does fear or faith typify your life? Do you have a certain living hope to motivate you as you know the joy that is set before you, or is your life a seeming treadmill marked by hopelessness, weariness and anxieties? Please engage with us with this Easter online devotional and be encouraged to know Jesus Christ as your hope and your salvation in time and eternity, your Saviour and your Lord.

Please take a moment to pray now, noting the following:-

Give thanks for positive news of Julie’s dad, Michael. Malcolm Herbert is gaining strength on his return home after a spell in intensive care. Continue to pray for Boris Johnson and for the many people in intensive care with Coronavirus. Remember those who grieve.  Pray too for Boris’s fiancée Carrie Symonds and their child. Remember our brothers and sisters in Christ in China for whom “lockdown” is the norm!!

if you would like to talk or pray together.

The benediction today has been adapted from a prayer worded by some of the Tear Fund team. 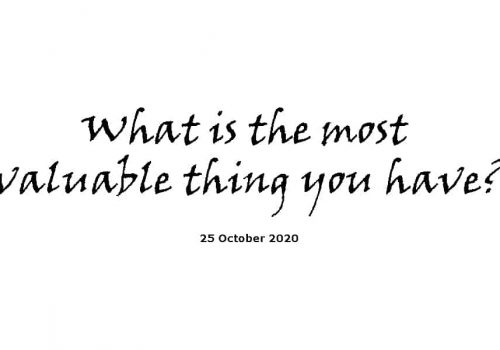 What Is the Most Valuable Thing You Have?

This Sunday our service will be led by Brian Cox. Bryan Conway will be preaching. The title for this week… 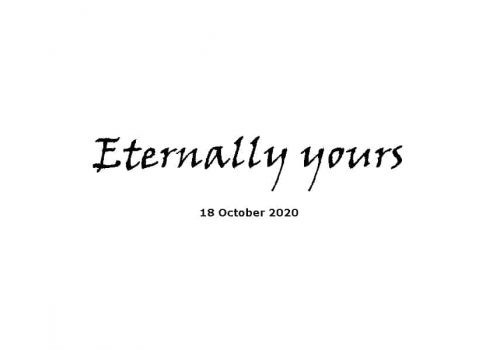 This Sunday our Pastor will be preaching, concluding the series in The Lord’s prayer under the title ” Eternally yours.”…

My Weakness, His Strength

Do join with us this Sunday if you can. Our Pastor will be preaching on “My weakness – His strength”.… 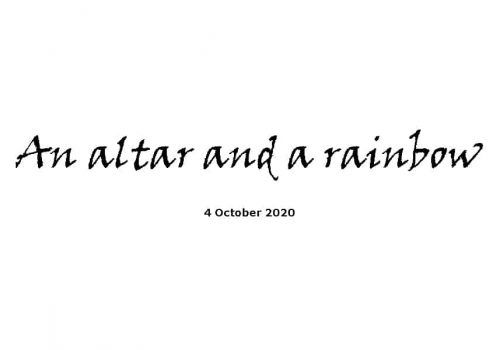 An Altar and a Rainbow

This Sunday Peter Coggins from Woodgreen Evangelical Church Worcester will be preaching. The title of his message is “An altar…

All are welcome to any of our meetings. Contact us today!
Contact
© Ridgeway Community Church | Redditch. 2020 - All Rights Reserved
Back To Top