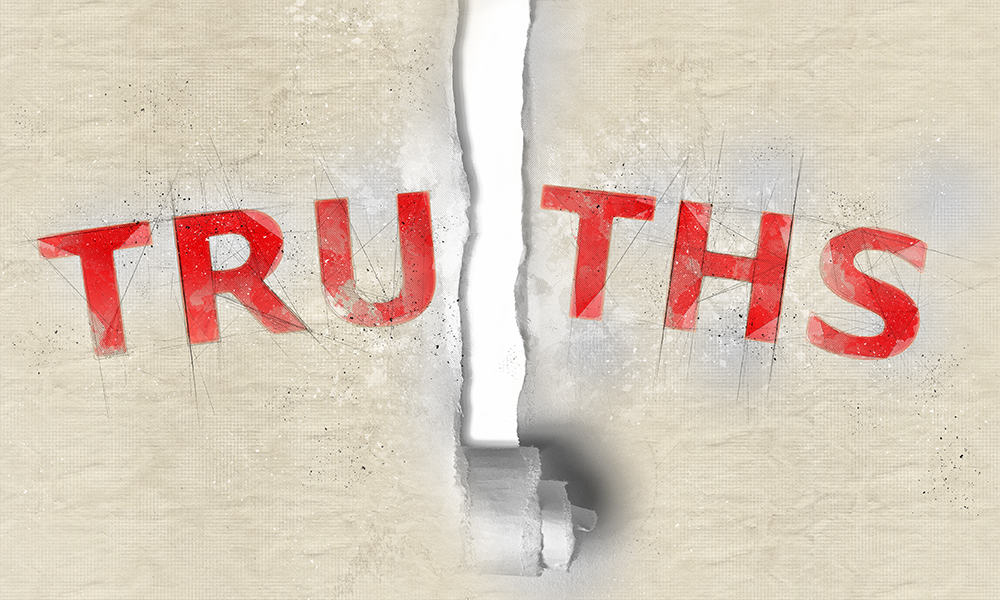 GIVE A REASON FOR THE HOPE – BUT BEWARE HALF-TRUTHS

The Apostle Peter wrote: “Be ready to give a defence to anyone who asks a reason for the hope that is in you” (1Pet.3:15). However, giving a reasonable defence to folk who pose unreasonable questions can be difficult. Our response will be doubly difficult when the questioner is confused by a half-truth, as many are. Half-truths are persistent and, like persistent weeds in your garden, need to be correctly identified and appropriately dealt with otherwise they will choke out any good seed you might have sown. An anecdote will make my point about “half-truths” clear.

As a young man of twenty and a Christian of just a few months, I was in the home of a Long-time friend who knew of my recent conversion. My friend’s older sister, who was home on holiday from university, was also in the room with us and when the question of my conversion came up my friend’s sister joined in the conversation and in a sceptical tone of voice said: “The Bible’s full of contradictions and false ideas.” She went on to say that she had a friend at university who had just returned from a visit to the Middle-East where she had crossed the Sinai Desert in a car in just a couple of hours and concluded that it was ridiculous to believe that the Children of Israel could be lost for forty years in such a small desert.

As a new Christian, I had, like my friend’s sister, assumed the common understanding of; “Israel lost in the desert for forty years” was true and so I was confounded and embarrassed by the evidence of the Sinai’s small size. I felt that there must be an answer but not knowing my Bible well, I didn’t know that: “lost in the desert” is a half-truth and so I was unable to give a “reasonable defence”!

However, as I studied my Bible I came to learn that the Children of Israel were not “lost” but had crossed the Sinai, on foot, from Egypt to the borders of Canaan in about eighteen months under guidance from God. Their journey included several stops, one for twelve months at Mt Sinai when they received the Commandments and law. But when they arrived at Canaan’s Border, fear of the inhabitants caused them to turn away and refuse to enter the Promised Land. They then returned to the desert where they wandered for forty years. Thus they weren’t “lost”, they knew the way to the Promised Land but they were lost to God’s favour.

Several decades after my embarrassing encounter with a friend’s sister I was in conversation with an octogenarian acquaintance who said he couldn’t accept the Bible because there were several questions he had had since school days that no one had been able to give him a reasonable answer for. I asked what these might be; he replied: “Well, my biggest problem is the commandment about the punishment of the fathers being visited on the children to the third and fourth generation; that’s so unfair! This man was sincere and at this later time, I was ready to identify a “half-truth” at the root of his problem.

My first response was to point out that the verse this man found so objectionable is not a command but a comment; that wrongdoing in a man’s life can have it’s negative effects, not only on his life but the lives of his children, sometimes down to later generations. He saw the reason in this response.

This man had misunderstood a verse and mistaken a comment for a commandment but there is a commandment that touches this question and makes the situation very clear. Deuteronomy 24:16 reads: “The fathers shall not be put to death for the children, neither shall the children be put to death for the fathers.” The same law is repeated in 2Kings 14:6. These verses are clear and leave no doubt regarding a question that had caused my octogenarian acquaintance such difficulty for so long.

The law to forbid exacting justice against the innocent was needed because this was a practice in Israel’s neighbours where it was common for a whole family to be assassinated for the offence of one member. The practice was common in those cultures but it contradicted the justice, nature and character of Israel’s God and so it was forbidden in their law. The command was repeated again by Ezekiel on his return to Jerusalem from the captivity in Babylon when he clearly stated: “The son shall not bear the father’s iniquity, neither shall the father bear the son’s iniquity.” (Ez.18:20).

My acquaintance is a logical man who had been an engineer all his working life but had had no Christian input since childhood. However, he accepted my explanation that put his long-standing criticism in a reasonable light. Following this discussion, he accepted a copy of Creation Magazine from our pastor that contained articles giving proof of divine Creation in nature and science. He took the magazine home, read it from cover-to-cover and at our next meeting he said that he had enjoyed all the articles that were clear and well-presented. Encouragingly he was intrigued to read articles about nature and science set in a biblical context and went away with another back-edition of the Creation Magazine.

In summary: We need to be alert to the many half-truths around us today that create false, unbiblical ideas about God’s purpose in history and worse; a wrong view of God’s nature and character. 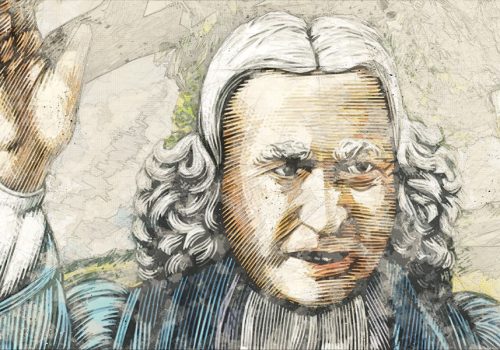 GEORGE WHITFIELD - A MAN YOU OUGHT TO MEET By David Rogers 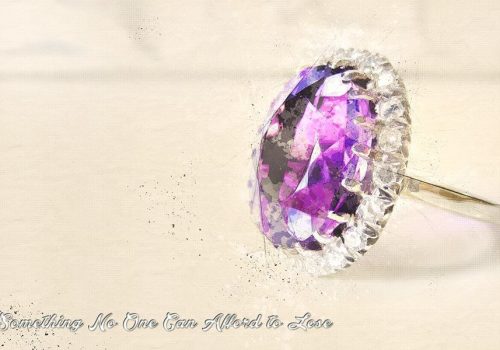 Something No One Can Afford to Lose

SOMETHING NO ONE CAN AFFORD TO LOSE 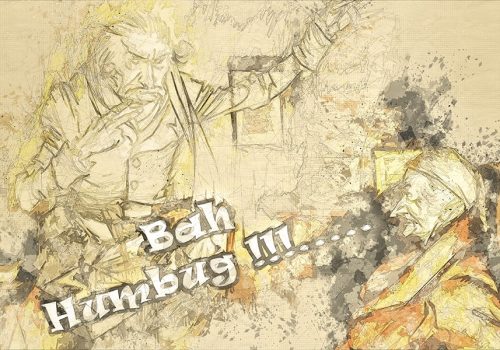 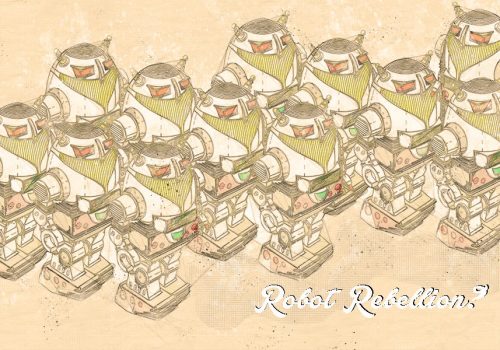